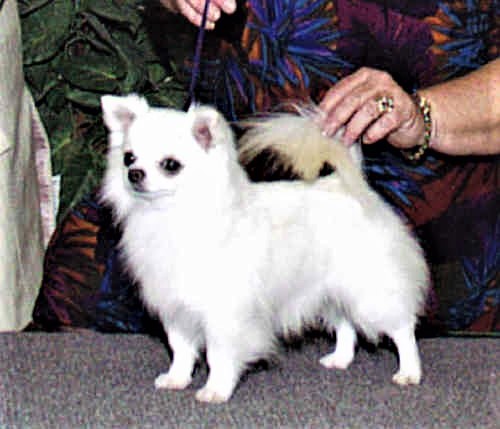 The CCA – ABOUT US

A Brief History of the CCA

The Chihuahua Club of America, founded in 1923, was created to develop a community of Chihuahua breeders and further the breed in the United States. The founders included: Mrs. Henrietta Proctor Donnell, Ida H. Garrett, Alice Dobbs, Rose Clark, M. R. Muller and Clara L. Dobbs. One of their most notable members included Helen Nowicki a Chihuahua breeder among other breeds and the editor of Dog World magazine.

Mrs. Dobbs was instrumental in establishing the annual specialty show, which was first conducted on 19 May 1928 at the Queensboro Kennel Club show with 42 dogs entries — 14 males and 28 females. Within a few years, the club decided to hold their annual meeting and specialty show in Chicago indefinitely. This move created a more centralized meeting location for members and ultimately the breed’s registration with the AKC grew from then on.

Since its inception, the club has been heavily involved in protecting the breed’s health through sponsored medical research, breeder surveys, and papers on topics such as the molera in the Chihuahua.

The Chihuahua Club of America is the national breed club for breeders/exhibitors. We hold two specialty shows per year in St. Louis, MO in October.  We also hold a Regional Specialty in conjunction with the AKC National Championship in December in Orlando, Florida.   We publish a newsletter, containing news and committee reports 4 times a year.

Download the new membership application  print it, and send it to the Membership Chair by US mail, together with a check made out to the Chihuahua Club of America. to: 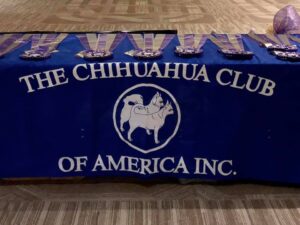